Conducted design and research and supplied equipment for about2000mines, completed500 mine EPC+M+O projects in 90countries and regions, we are dedicated to providing you with the one-stop and customized mine solutions! 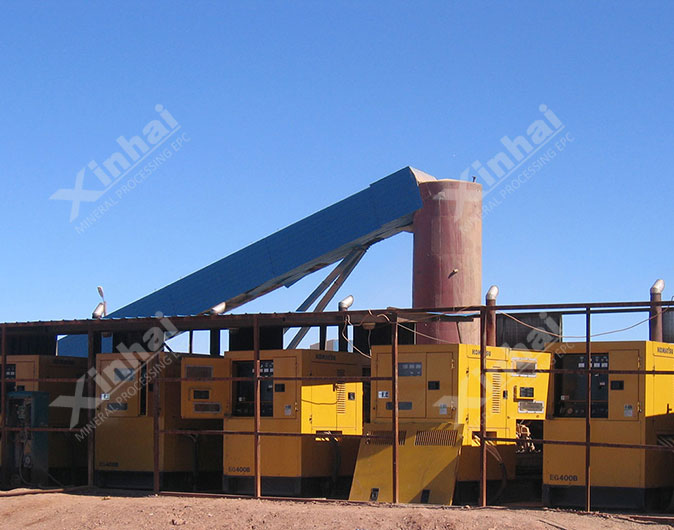 Grinding stage: Two closed-circuit grinding process. The powder was transported to the wet energy-saving overflow ball mill for one stage grinding by the belt conveyor, and the undersize pulp (-3mm) was pumped into the hydrocyclone for the first stage classification by the slurry pump. The underflow returned to the ball mill for regrinding, forming the first stage closed-circuit grinding.

Gravity separation: The first stage of classifier overflow flowed into the original centrifuge for gravity separation. The concentrate and another group of centrifuge concentrate in the original two-stage grinding and gravity separation equipment were distributed together into the shaking table for cleaning. The selected concentrate was granular gold, which can be directly smelted. The cleaner tailings, together with the centrifuge tailings, was put into a pump box, and then pumped into the hydrocyclone for the second stage classification. The underflow and the oversize product of cylinder screen in the first stage closed-circuit grinding flowed into the wet energy-saving overflow ball mill for the second stage grinding. The products returned to the above pump box, forming the second stage closed-circuit grinding. Leaching stage: The second stage of classifier overflow was sent to the linear vibrating screen (descaling screen) for removing the wood chips, and then flowed to the original thickener for the thickening before the leaching. The overflow was reused as the backwater. The underflow of thickener (the concentration was about 40-45%) was pumped to the leaching tank by slurry pump for starting the cyanidation leaching operation. To facilitate the slurry flow, the installation height of the former leaching tank was higher than that of the next leaching tank. The sodium cyanide solution flowed into several leaching tanks, and the activated carbon was added to the last leaching tank. After the gold was absorbed by the activated carbon, it was sent to the previous leaching tank by an air lifter. After the gold-loaded carbon was separated by the carbon screen, the pulp returned to the No.2 leaching tank. The gold slime was obtained by the desorption electrolysis of gold-loaded carbon. Desorption electrolysis – smelting stage: The gold-loaded carbon was sent to the desorption electrolysis system. And the working temperature was about 150 degrees, and the working pressure was about 0.5MPa. then the gold sludge can be produced in only 12-15 hours. The gold sludge produced by electrolysis entered into the smelting stage for smelting and finally the gold ingot was obtained.

Tailings dewatering stage: After leaching, the fine-grained gold-loaded carbon was separated from the pulp by the safe screen, and then the pulp was sent to the filter press by the slurry pump in turn. The filtered tailings were transported to the tailings yard by the belt conveyor. After the filtrate was regularly processed by adding bleach in the sewage buffer tank, it was pumped back to the head tank or directly to the system by the backwater pump for recycling. 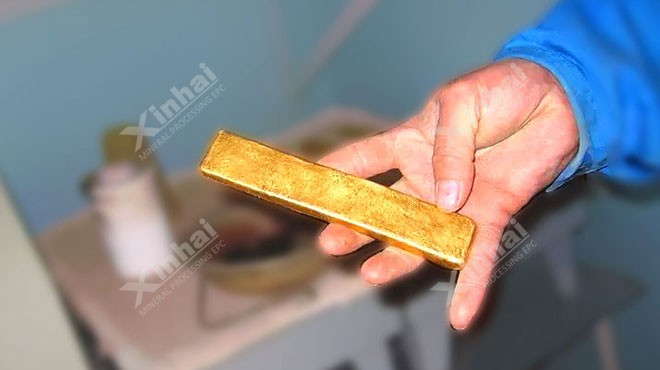 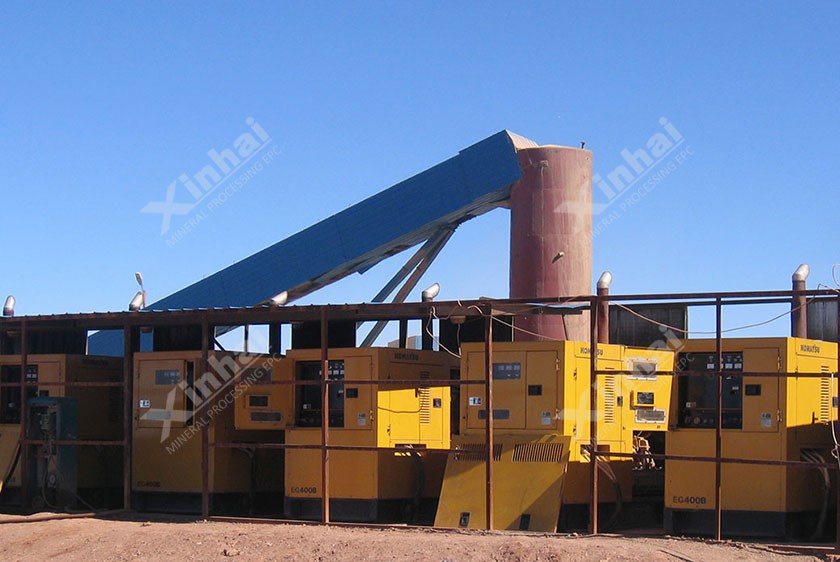 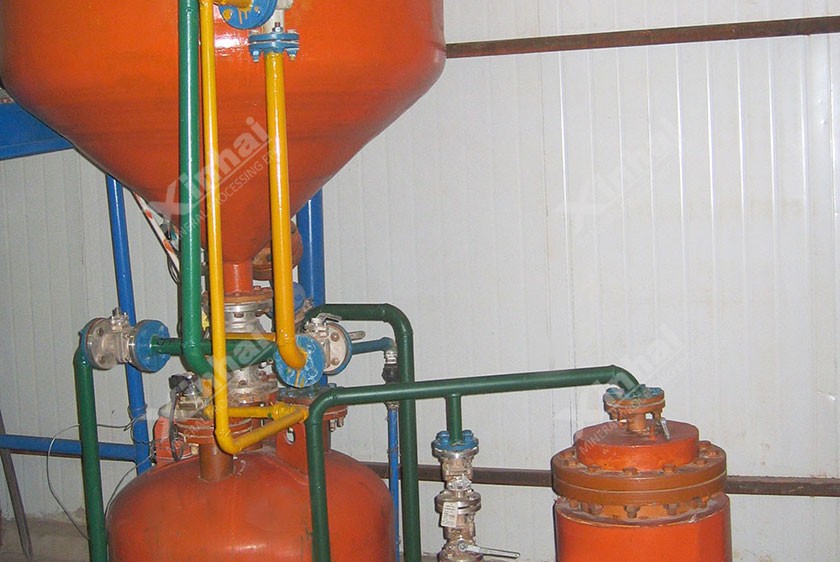 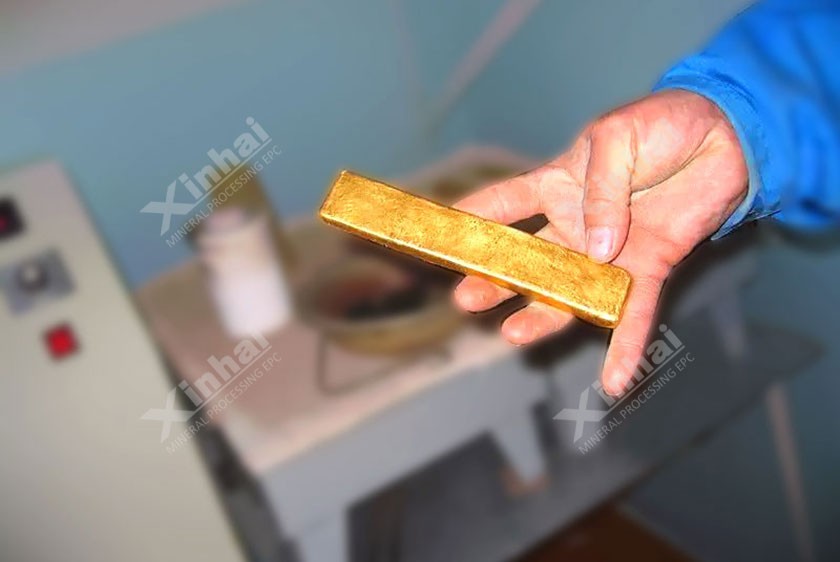